The story of a true family business

The Story of Ron’s

Ron Covitz is the patriarch of Ron’s Gourmet Ice Cream. The business was started as the Twentieth Century Bowling Alleys by Ron’s father, Julius. A family recreational facility, it housed 10 lanes of candlepin bowling and an 18-table pool hall. Light snacks that included chips, soda, coffee and soft serve ice cream were available. The 10 lanes of candlepin bowling remain today, but much of the business has morphed over time. Twentieth Century Bowling Alleys are now known simply as Ron’s and for its award-winning homemade gourmet ice cream.

Ron is a graduate of Brookline High School and Boston University. After serving in the National Guard in the late 1960’s Ron returned home and with the encouragement and blessing of his father, he joined the family business. 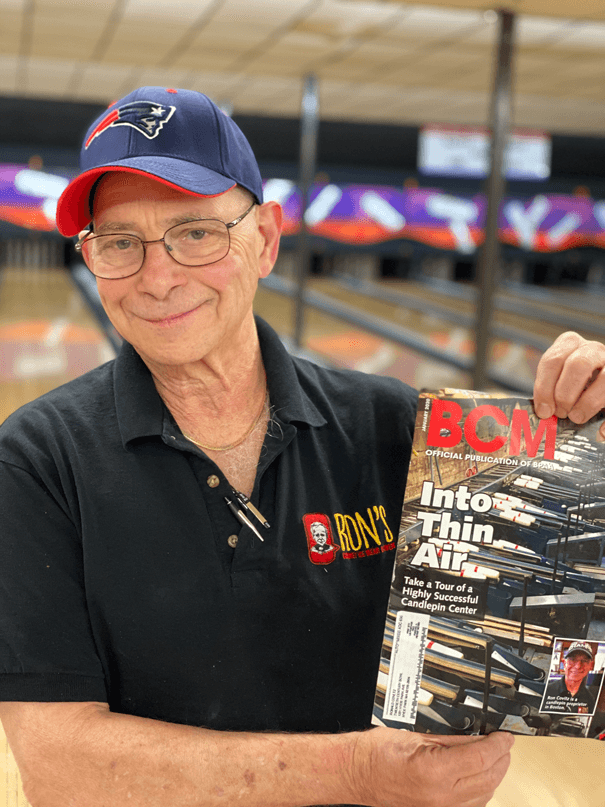 A “foodie” before the term was popular, Ron knew he would not be happy making just average ice cream

A “foodie” before the term was popular, Ron knew he would not be happy making just average ice cream. He knew then as we know now that the best way to be successful is make it better and fresher than all of the competition. He cares deeply about every bite you take and to this day still makes it better than anyone else!

Ron is held in high esteem by his business colleagues in the Hyde Park community, and has met many politicians, first ladies, and celebrities. He has also been the recipient of many awards including:

Ron’s passion for his work is surpassed only by his love of family, and the business is truly a family affair.

His lovely wife Pat, is the originator of Cakes by Pat, which introduced an alternative to the ordinary birthday cake.

Oldest daughter, Jennifer, now an accomplished CPA and tax accountant, was the key ingredient to getting the business the notoriety it deserved. She also was the primary force in starting the very popular corporate sundae party business. 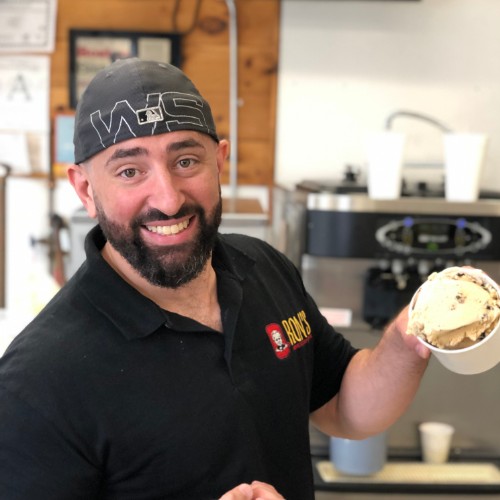 Jay, Ron’s younger son, is current General Manager and is responsible for bringing the “techie” side to the business, as well as many new flavor ideas.

Julie, Ron’s youngest, worked full time until starting her own family. She met her husband Dave, when they both worked at the bowling alley in high school. In addition to her family and busy Real Estate career, you will still find her behind the counter on a Friday night.

Ron’s loves being “Grampa” and his favorite pastime is bragging about his grandchildren. Photos of Isabella, Eloise, Avery, Lila, Nathan, Calvin, Gabriele, and Maeve along with Pat’s grandchildren, Kyle, Chloe and Kerrin hold places of honor on the business shelves.

During his “spare” time, Ron is a GIGANTIC Boston sports fan. His first love is baseball, having played Parkway Little League.  Any time he is not at work you can catch him at home watching whatever Boston sport is playing that night. Ron and Pat also enjoy traveling and meeting new people.

He cares deeply about every bite you take and to this day still makes it better than anyone else!

Featured in Best Ice Cream Boston, 2022 •  Check us out! Boston.com